You work at BID, what a legend.

Staff pricing will be applied on all products. Cha-ching! 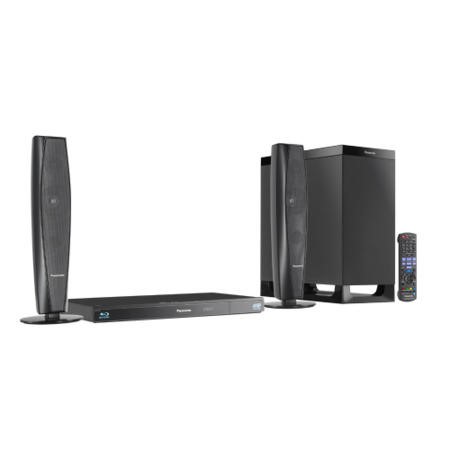 Great Value: We constantly check our prices to give you the best deal possible.

Don′t throw away your DVD collection just yet! The SC-BTT362 3D Blu-ray player comes packed full of some very clever technology and features. Add a new lease of life to your DVD movies and watch them in stunning HD and in immersive 3D. The 2D-3D Conversion makes it possible to convert images from DVDs and Blu-ray™ discs into 3D with natural depth perception control. This means that you′ll be able to regulate the level of depth and leaping effects of the 3D content to what you want.

You′ll still be able to access all of Viera cast's popular sites, including Netflix, Amazon VOD, You Tube, Pandora, twitter, Bloomberg News, weather channel. Make voice and video calls over Skype on this Panasonics VIERA CAST-enabled 3D Blu-ray player. Simply connect a specially-designed high-performance Panasonic camera, which is sold as a separate accessory, into any exsting television. The SC-BTT362 3D Blu-ray player also feature a convenient and unique auto answering video message function for when you cannot take the call.

Still images and movie files shot with Lumix (digital still camera) and HD camcorders can be enjoyed on your TV by simply sliding an SD memory card into the Panasonic SC-BTT362. Or why not share and enjoy your stored music, images and movie files on your large screen TV via a USB memory device or over a DLNA network. Connect an iPod /iPhone via the integrated dock and enjoy your favourite music, video and pictures on your large screen TV.

Other useful videos for this product